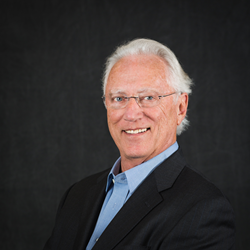 John Kearney, CEO of ATS, discusses the impact of new training and technology for truckers.

“A number of companies, including ours, are developing improved training techniques to feed the pipeline of new drivers,” Kearney said. “Longer term, I think we need a redefinition of the nature—and rewards—of the truck-driving profession itself.”

A rapidly increasing shortage of long-haul truck drivers in the United States is creating problems for businesses of all sizes. According to the American Trucking Associations, the industry currently has 63,000 fewer drivers than it needs, a total expected to reach 174,000 by 2026. One factor driving the shortage, per the ATA, is the growing trend toward ecommerce; as more and more shoppers purchase from websites rather than bricks-and-mortar stores, even retail giants such as Amazon and Walmart are struggling to get packages to consumers on time.1 John Kearney, CEO of Advanced Training Systems, says, “A number of companies, including ours,2 are developing improved training techniques to feed the pipeline of new drivers.” Kearney, whose company is a leading designer and manufacturer of virtual simulators for driver training (among other applications), adds, “Longer term, I think we need a redefinition of the nature—and rewards—of the truck-driving profession itself.”

At the moment, Kearney notes, the industry is operating at very close to the limits of its current capacity. According to Transplace, a freight management firm, 99% of trucks nationwide are in use, up from 92% less than three years ago, and trucking companies have increased rates by 6% to 10% in the contracts being signed with shippers over the past year. In response, retailers raised shelf prices modestly in the spring, but pulled back after Walmart failed to follow suit. It’s widely expected, however, that retailers will begin to pass higher freight costs on to shoppers later this year.3

The driver shortage is generally thought to be rooted in the nature of the job itself; long-haul truckers spend a great deal of time away from home and family, doing a job that can be both dangerous and monotonous. Exacerbating these problems is a new federal requirement that truckers keep track of their total driving and work time via an onboard electronic logging device (ELD) rather than with easily fudged paper records.4 While the purpose of the ELD is to ensure a better rested and safer driver corps, it’s bringing about some cutbacks in drivers’ accustomed hours, and hence their pay. It’s also being blamed—rightly or wrongly—for a whole host of shipping issues, including delays in unloading ocean carriers at U.S. ports.5

For some industry observers, this sort of finger-pointing obscures what they consider to be a core issue, which is that rather than resisting new technologies (including the ELD), the trucking industry should rush to embrace them. Many carriers are working with the new systems to increase predictability and efficiency for drivers. Another issue that tends to be obscured by pro- or anti-technology discussions is the rather basic one of money. Some owner-operators, in fact, deny that there really is a driver shortage, maintaining that the real issue is one of labor: if you want more and better drivers, pay them more.6

Per Kearney, what’s needed is to redefine the profession. Once shippers, supply chain managers, freight yards, and the other components of the system adopt the kind of efficiency that the ELD is forcing on drivers, the modern truck will be understood as what it is: a high-tech environment operated by people who are part of a time-sensitive, high-tech infrastructure, and who are treated and compensated as such. With the comprehensive training tools ATS provides, it’s helping develop professionals who understand that environment and can make the most of it.

About Advanced Training Systems LLC:
Advanced Training Systems (ATS) is a high-tech simulator technology and engineering firm that has revolutionized the design and manufacture of advanced training systems to improve training and create safer drivers. ATS, the holder of multiple patents in high-tech training simulation, has as its mission to provide this cutting edge adaptive training to all involved in the transportation industry at an affordable cost, resulting in safer drivers/operators. For more information, visit http://www.atstrainingsystems.com.